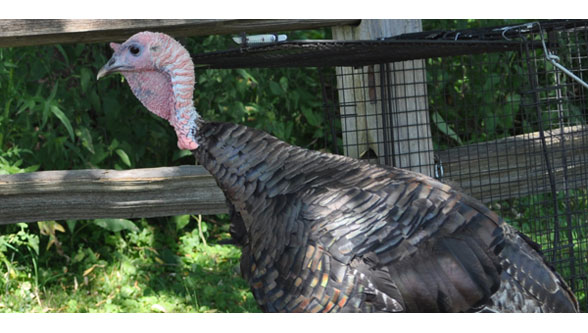 A large, talkative wild turkey took up residence in the Rockland Wetlands at the corner of Green Bay and Rockland roads in the spring and summer of 2010, captivating Lake Bluffers as well as the Chicago media. Cars, vans, cyclists and pedestrians would stop regularly to check out the jake as he balanced on the split rail fence or strutted confidently on the sidewalk, bike path, and crosswalk.

The wild bird arrived one day and stayed for more than two months, likely attracted to the abundant food supply in the wetlands, which had been carefully restored over many years by volunteers at Lake Bluff Open Lands. The novelty of a turkey living at a busy intersection created a strong sense of community amongst Bluffers, and media from all over the Chicago area came to the village to write about the bird. A Facebook page was created in its honor; Lake Bluff Middle School students held a naming contest on the 4th of July; Lake Bluff Elementary School children wrote turkey essays as a class assignment; and a local mom wrote a children’s book about the turkey. Everywhere you went in town, people were talking about the turkey.

Turkey enthusiasm was lost, however, on the Lake Bluff Police Department, which considered the bird and its gawkers to be a traffic hazard. Since the turkey was categorized as a wild animal, it fell under the auspices of the Illinois Department of Natural Resources, which under normal circumstances might have euthanized it. But this turkey was not a normal circumstance, and the police knew it wouldn’t be in their best interest if Lake Bluff’s unique turkey season ended that way.

Officials contracted with professional wildlife trappers and directed them to treat the bird humanely and capture it alive and uninjured; the trappers used wide nets rather than a tranquilizer or a “cat-grabber” device. Once captured, the turkey was relocated to a state park in northwest Illinois by the DNR.

After the turkey crossed Rockland Road for the last time, the northwest corner of the intersection seemed incredibly empty. For a couple of years, people decorated the split-rail fence with faux turkeys and turkey banners.

Eventually the turkey joy cooled … but it has never been forgotten. 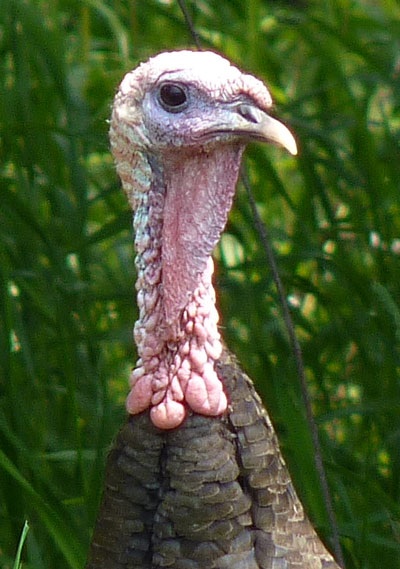