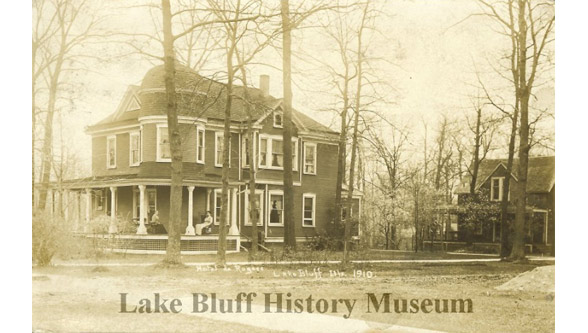 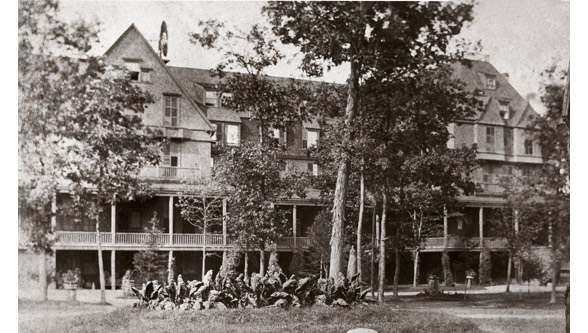 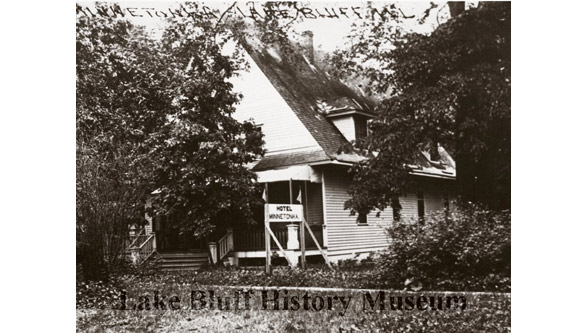 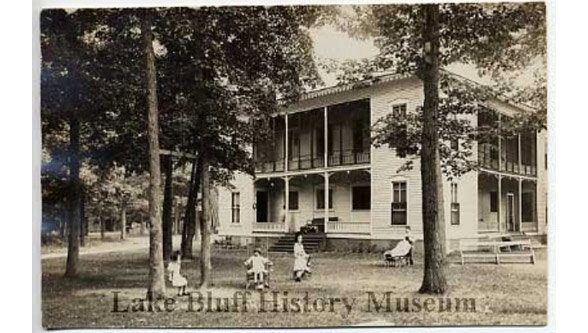 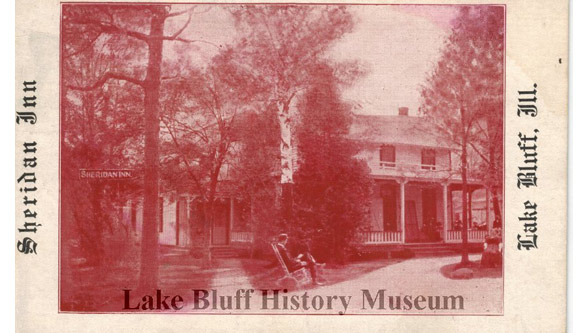 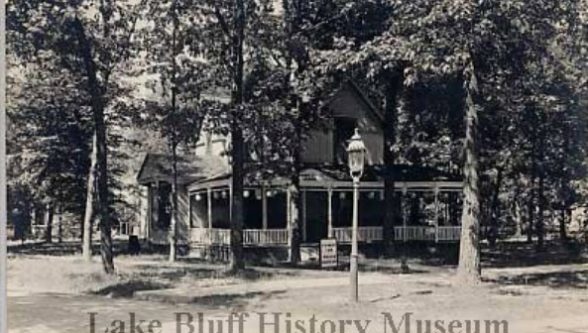 Riding a bike around the village, swimming in the lake, chatting with neighbors at a garden fence spilling over with roses, you can sometimes get a feeling that Lake Bluff is a summer resort. Another reason is that Lake Bluff once was a summer resort. That was the whole point of the Methodist Camp Meeting Association (CMA), which in 1875 bought 100 acres of lakefront property from the area’s first white settlers to build a summer resort for the post-Civil War era’s growing middle class.

The CMA provided non-denominational religious activities, plus social, educational and recreational programs, most of which took place in a tabernacle – aka assembly hall – that seated approximately 3,000 people. The tabernacle was located on Prospect Avenue east of Moffett Road (current site of the Union Church of Lake Bluff and private homes).

The CMA also went into the development business. It sold 25-foot lots for cottages, rented tents and camping equipment, and built the first hotel, The Bluff Lodge, in 1876. Soon dozens of boarding houses and seven hotels opened, the grandest of which was the Hotel Irving: it was five stories high and took up the entire 500 block of Prospect Avenue from Moffett Road to Maple Avenue.

The Hotel Irving was built in 1883, with beds for 500 people, plus shops, tennis courts, an arcade, a bowling alley and a ballroom that must have raised eyebrows across the street at the CMA tabernacle, given Methodists were opposed to dancing. It also helps explain why the ground on that block of Prospect is so flat!

The summer resort era thrived until the late 1800s, when society’s changing interests and economic conditions throughout the USA led to the decline of the camp meeting concept. As for the Lake Bluff hotels? They were wooden structures illuminated by candles or kerosene lamps, with no finishes on the walls or ceilings except possibly paint. Fire destroyed the Hotel Irving on May 30, 1897, when an oil lamp tipped over as the staff was preparing for the summer. Fire also destroyed the Hotel Minnetonka in 1917 and the Sheridan Inn in 1926. The Colonial Hotel was torn down in 1931 after years of neglect, and the Hotel de Rogers was demolished in 1937 also after being neglected for several years.

In 1918, the first residential zoning ordinances were put in place, pushing Lake Bluff further along on its transition from a summer resort to a year-round residential village.

Here are photos of Lake Bluff hotels in their prime: 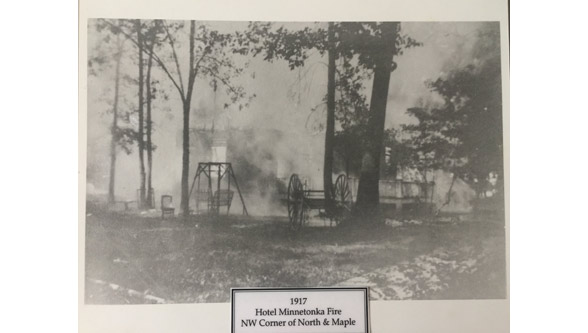