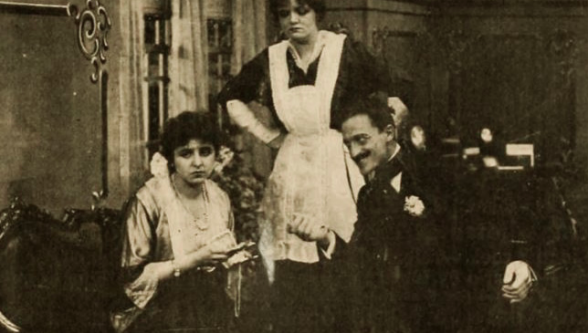 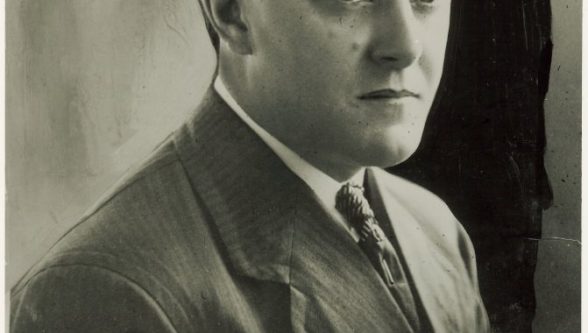 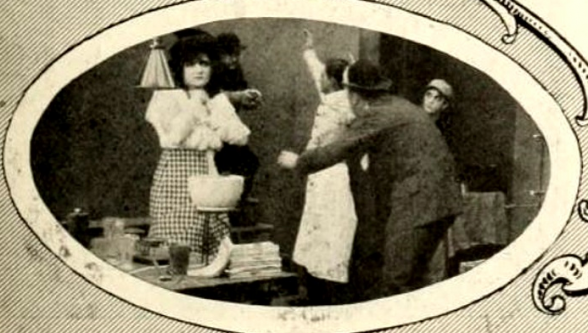 Charles Hitchcock was an actor who traveled the national vaudeville circuit in the early 1900s and later performed in several silent films. He was also connected to Lake Bluff’s most gruesome unsolved mystery.

Vaudeville was live theatre, kind of like a variety show, that was popular in the U.S. from the 1880s to the 1930s before film and radio existed. It typically included unrelated acts by musicians, dancers, actors, comedians, acrobats and other types of entertainers who would travel the “vaudeville circuit” from cities to towns across the U.S. Charles Hitchcock usually performed a one-man monologue in vaudeville theaters and also in front of Chicago club audiences and society groups. He was described in promotional material as a “humorous after-dinner speaker and club entertainer.”

When the era of silent film began in Chicago prior to World War I in 1914, Hitchcock became a contract player of Essanay Studios, working alongside Charlie Chaplin, Gloria Swanson, Wallace Berry and Charles X Bushman. While these actors went on to become Hollywood movie stars, whatever star Hitchcock may have been working toward fizzled. He became a night police deputy in Lake Bluff, where he is notoriously remembered for his connection to Elfrieda Knaack, a 29-year-old encyclopedia saleswoman from Deerfield who in 1928 was found badly burned in the furnace room of Lake Bluff Village Hall. She died several days later.

At that time, Hitchcock was 45 years old and living with his wife, Estelle, and their four children in a house on the 300 block of Center Avenue, just a few blocks from village hall where the police department was located. In addition to being the night watchman, Hitchcock worked a second job teaching “elocution” classes to help people in public speaking and salesmanship, and Knaack was one of his students — and perhaps more.

A Chicago Daily News article about the Knaack case stated about Hitchcock: “A breakdown had ended his stage career and he had moved to Lake Bluff, where he was not only the town Adonis and Beau Brummel, but also the local Demosthenes.”

Because of the suspicions surrounding Hitchcock and Elfrieda’s mysterious death, the Village requested his resignation, which became effective January 1, 1929.

In July of that year, Charles Hitchcock and his 18-year old son Raymond were arrested by Lake Bluff’s new police chief. Both men confessed to a series of village burglaries. The son was convicted and given a prison term. Charles was dismissed of all charges by States Attorney A. V. Smith, who a friend of Hitchcock and a former student.

Hitchcock divorced his wife in 1934 and moved out of Lake Bluff. In a surprising turn of events, he married Elfrieda’s good friend, Marie Mueller, in 1943. Hitchcock died in 1964 in Highland Park.

Sadly, Elfrieda’s case was never solved. It remains a mystery to this day.