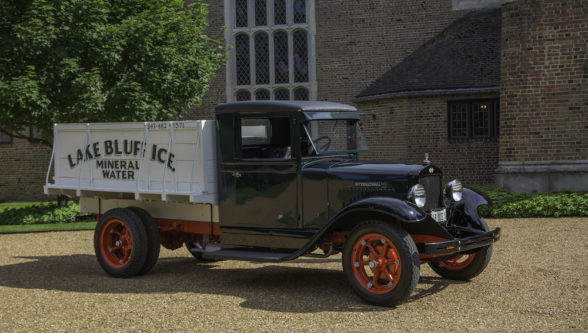 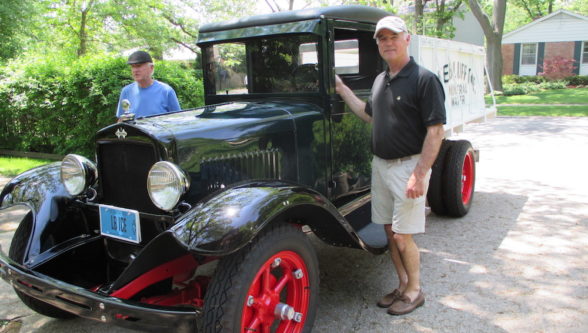 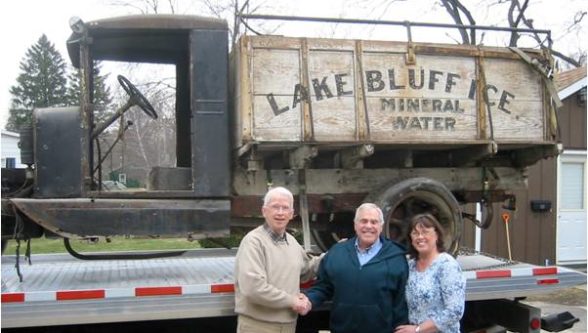 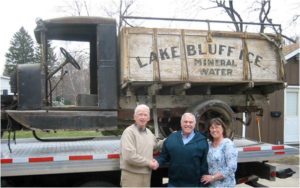 The Lake Buff History Museum brought the historic 1931 Lake Bluff Ice Truck back to town in 2010, some eighty-plus years after it first cruised Village streets delivering ice and creating lasting memories for those growing up in Lake Bluff during the 1930s and 40s.

The Lake Bluff Ice Company and this 1931 1.5 ton International Harvester ice truck were owned by Lake Bluff resident Stephen Meutescu. Meutescu used it to deliver ice cut from local lakes during the winter to residents in town. The truck was donated to the museum by Meutescu’s grandson, Tom Wisdom of Dekalb, who felt, “this truck is a part of Lake Bluff’s history.”

The Lake Bluff History Museum brought the truck back to town – in pieces and inoperable – and generated a new success story: the story of how parts of this vehicle were restored and reassembled through the efforts of skilled volunteers, and with funding provided by the museum and generous donors.

This Ice Truck represents a very tangible example of the work done by the Lake Bluff History Museum to preserve and share Lake Bluff’s past. Its appearances connect people with the Village’s past, build an understanding of what life was like before refrigerators and freezers became standard household appliances and help the current generation shape new memories. Please help keep this memory alive by supporting ongoing storage and maintenance requirements to keep the truck a visible part of the community.

Red Power, a magazine about International Harvester trucks, ran an article in the spring of 2019 that fully details the professional care and community spirit that went into restoring the Lake Bluff Ice Truck. Here are PDFs of the article: 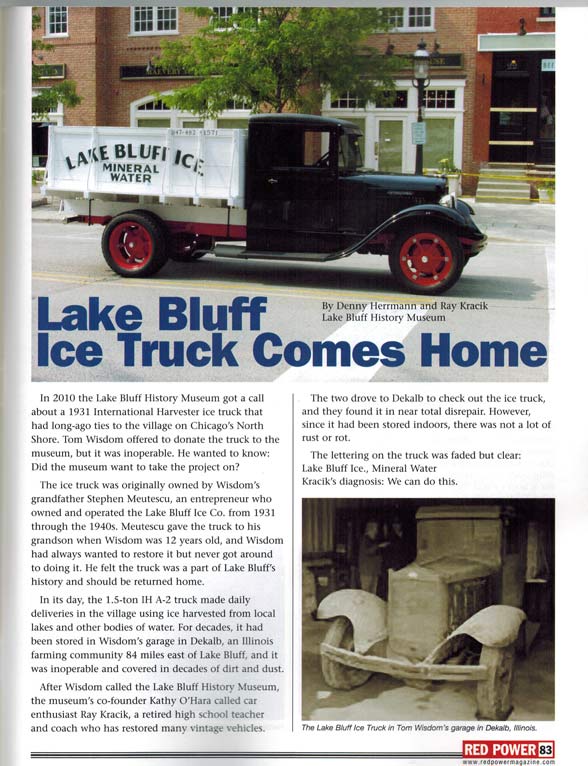 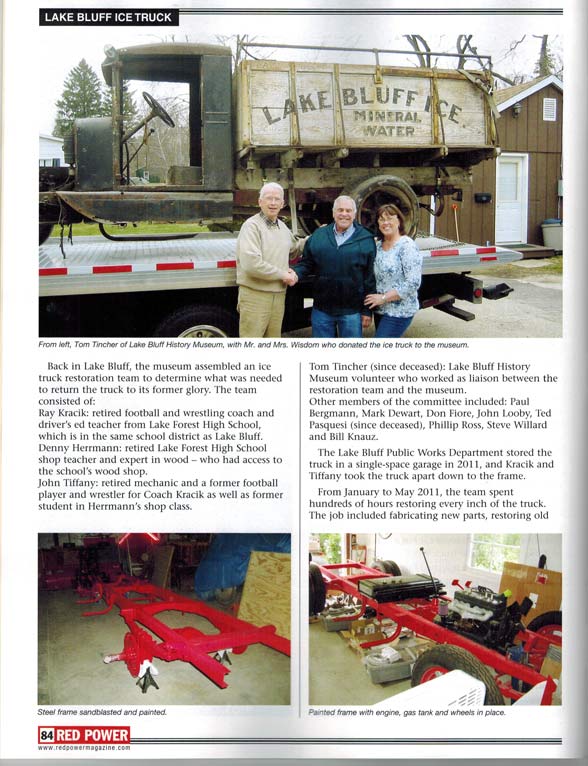 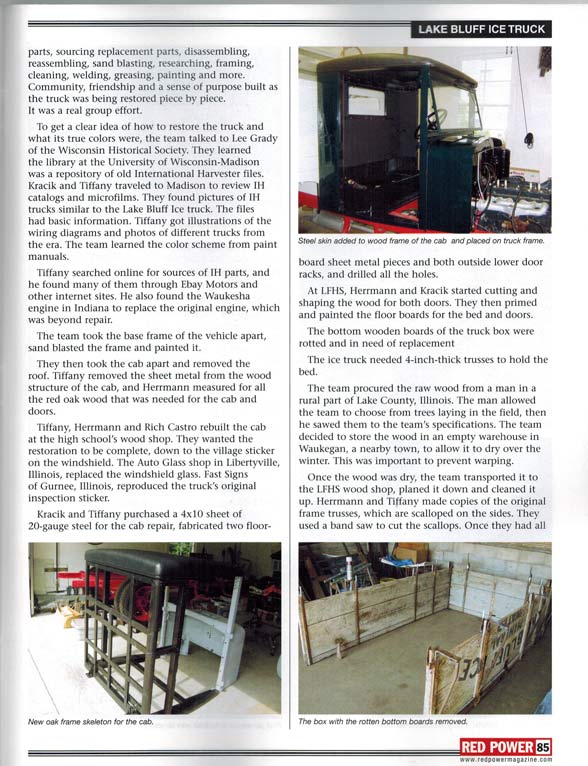 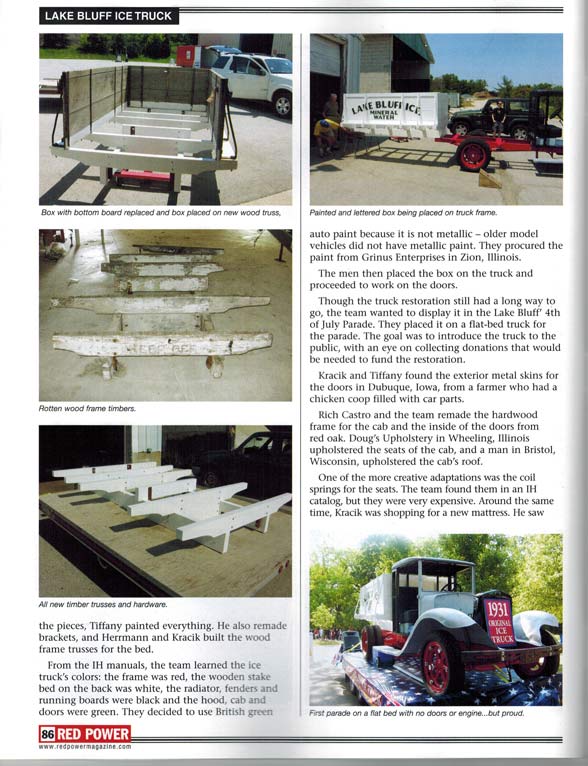 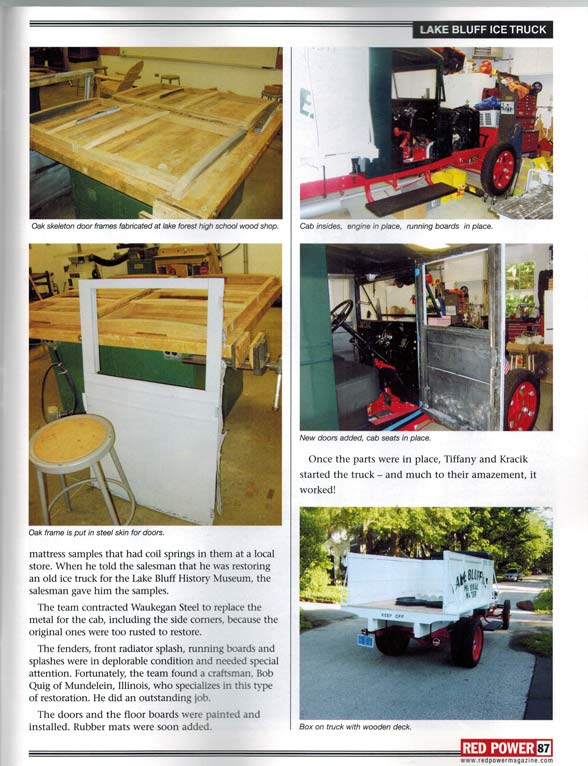 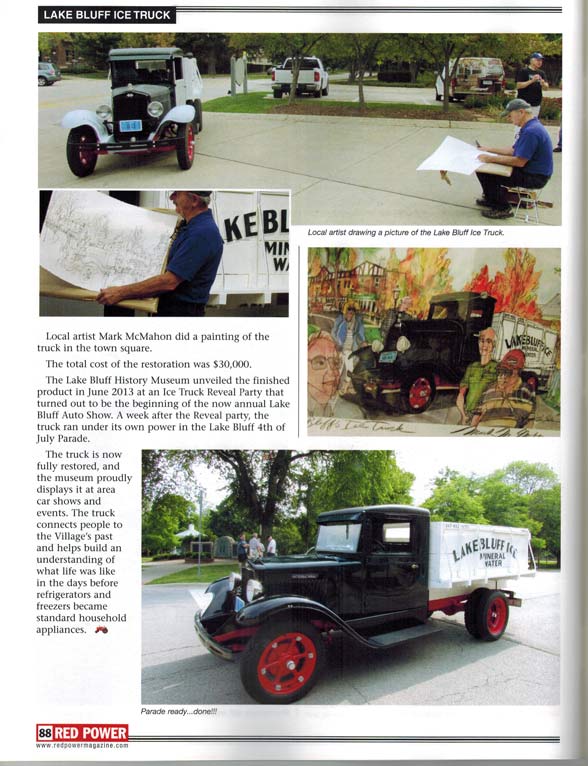 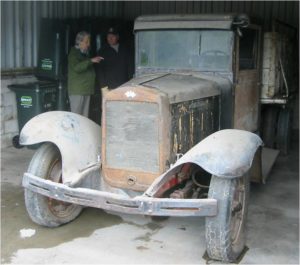 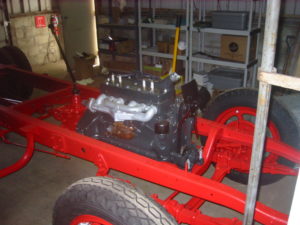 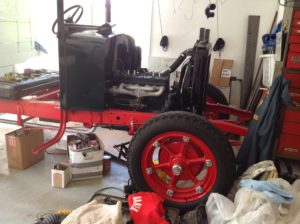 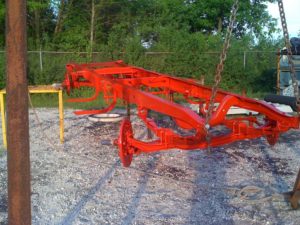 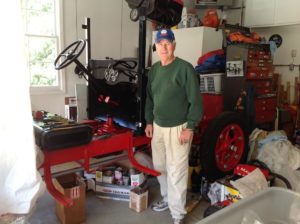 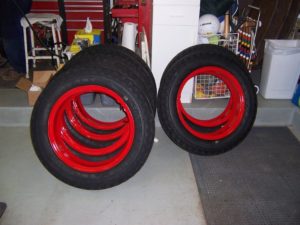 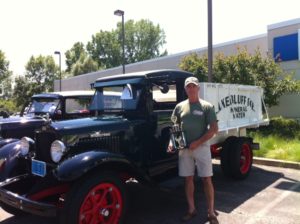 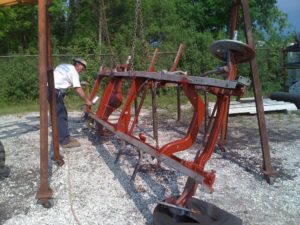 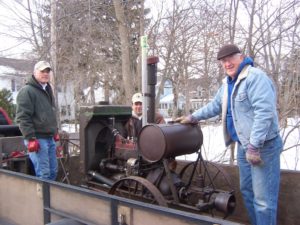 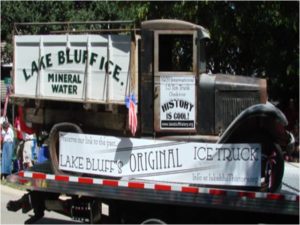