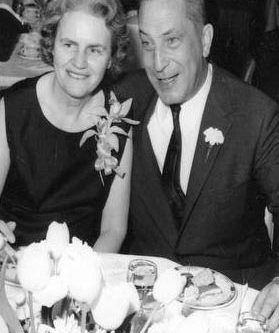 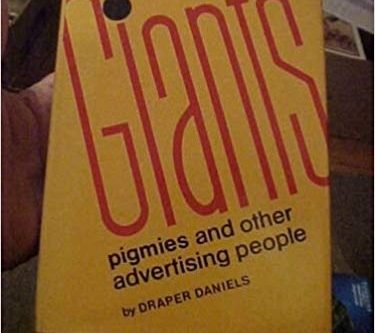 Draper Daniels, a prominent adman in the 1950s and ‘60s, was said to be a model for the infamous Don Draper character on “Mad Men”, which ran on AMC-TV between 2007 and 2015. Daniels and his first wife, Cort Daniels, raised four children in the village, first at 106 North Avenue and later 200 Oak Terrace, and they were charter members of Lake Bluff Bath & Tennis Club. Their North Avenue house was just a few doors down from Daniels’ mother’s home at 424 North Avenue, according to his son Curtis Daniels.

“Curtis said his parents picked Lake Bluff because it was it was more like a small town than a suburb, a place where kids rode their bikes everywhere and had the freedom to roam from beach to ravine to Mr. White’s Variety Store. There were no play dates. Nothing was arranged. During the summer we left home in the morning and came home in the evening. We might call if we stopped at someone’s house, or we might not,” Curtis told the editor of local publication GazeboNews.

“Mad Men” was set on New York’s Madison Avenue in the 1960s. The plot revolved around creative director Don Draper, a brilliantly creative adman who was a boozer and a ladies’ man. Daniels was creative head of Leo Burnett during the golden age of advertising and was behind some of the biggest campaigns of the 20th century, including the Marlboro Man, Maytag Repairman, Charlie the Tuna and the Schlitz beer tagline “Go For The Gusto.”

Draper Daniels’ second wife, Myra Janco Daniels, wrote in a 2010 Chicago magazine article, “I Married A Mad Man,” that her husband and the fictional Don Draper shared a similar look. “Draper Daniels smoked a lot and sometimes drank his lunch, as Don Draper does on the show. He had a lot of energy, enjoyed life, and came up with brilliant and innovative ideas, traits shared with Don Draper. He also liked women, much the way Don Draper does. But the Draper Daniels I knew became a one-woman man after we married. He also quit drinking, when I told him I didn’t want to work with a lush.”