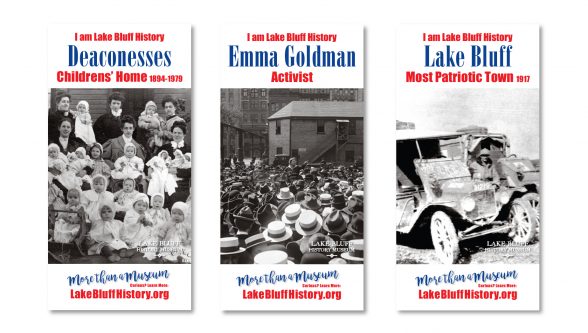 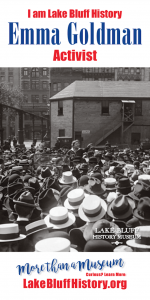 Emma Goldman was born in Kovno, Russia on June 27, 1869 and immigrated to the U.S. in 1885 to live with a sister in Rochester, NY. There, she worked in clothing factories where her first-hand knowledge of the poor working conditions began shaping her anarchist beliefs.

In 1889, Goldman moved to New York City. She became a protegee of Johan Most, editor of an anarchist paper, and with partner Alexander Berkman, edited and published Mother Earth  from 1906 until 1917. Goldman was an accomplished writer and a fiery speaker who championed free speech, birth control, women’s equality and labor unions.

Quotes from Her writings and speeches include the following:

“The most unpardonable sin in society is independence of thought.”

Goldman was arrested and jailed several times – for inciting riots and advocating birth control, with her most severe punishment being two years in prison for obstructing the draft during World War I. She was deported to the Soviet Union in 1919, and spent the rest of her life traveling, speaking, and writing.

Goldman visited Lake Bluff in the years before her deportment, staying with editor and publisher Margaret Anderson who resided in Lake Buff’s Artists Colony.