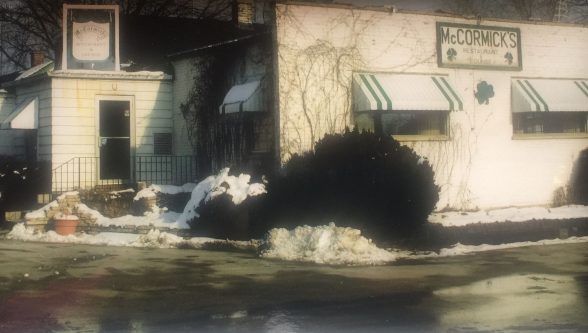 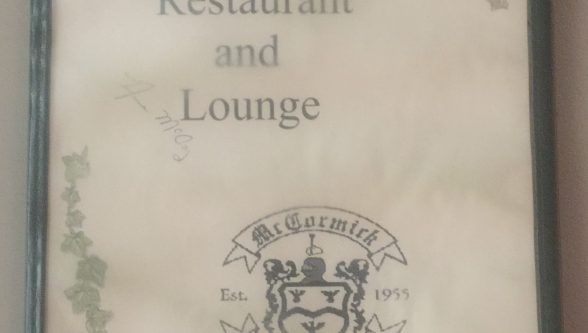 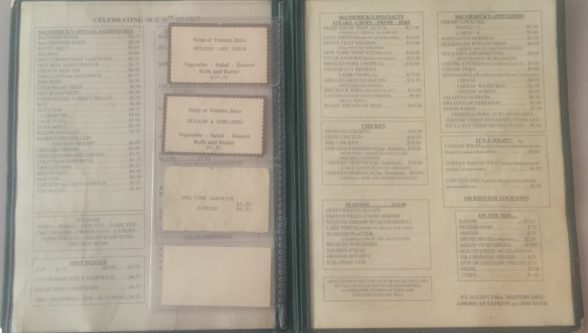 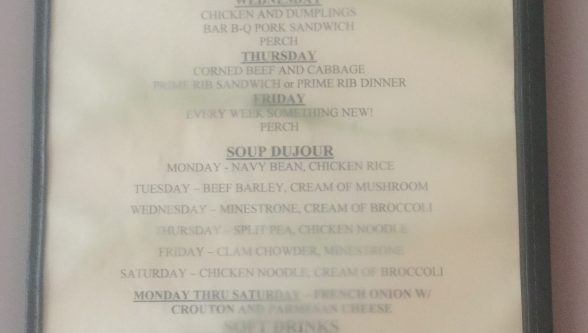 A Code 4 fire on February 24 heavily damaged the white-clad building at Route 176 and Skokie Highway that once housed McCormick’s Restaurant & Lounge. Though McCormick’s has been closed since 2009, many people began to mourn it all over again.

For the past nine years several restaurants and most recently the Loverly Cottage boutique have occupied the brick-and-wood-paneled structure just outside of Lake Bluff. But for decades it was home to McCormick’s, a family owned tavern with shamrocks on the logo that for nearly 55 years served corned beef specials on Thursdays to at least four generations of people in Lake Bluff, Lake Forest, Knollwood and beyond.

“You never had to read a newspaper because you would get all the news you needed at McCormick’s,” said Margaret Mary Abel, who worked as a waitress there for more than 15 years in the 1980s and ‘90s and is now a Lake Bluff History Museum docent. “You would go there and see all your friends and neighbors.”

McCormick’s was founded by Gil and Anna B. McCormick in 1954. It was later managed by their son Gil Jr. and his wife, Marilyn, and then by family members Anne McCoy and her mother, Lois Sorenson.

“There was a family member on duty all the time,” said Abel. “They ran it as a real family business.”

Located just outside of Lake Bluff proper, McCormick’s was able to serve alcohol during the decades the village was dry because Lake County did not have the same no-liquor laws. The tavern was a haven for smokers until an Illinois smoking ban went into effect in 2008. At that time Sorenson told a local reporter none of the regulars complained.

“They just picked up their cigarettes and went outside to smoke,” she said.

The menu at McCormick’s offered more than 100 items, and it rarely changed. You could get everything from a prime rib of beef au jus to fried chicken. The hamburgers were famous throughout Lake County.

Many fondly recall McCormick’s for its “supper club vibe” and live piano music (at times performed by a piano player who bore a strong resemblance to Lurch on The Adams Family TV show). For Lake Foresters and Lake Bluffers, it was the place to go the Wednesday night before Thanksgiving when out-of-towners were back in town. Year round, it was considered the third stop in trifecta of bars that included The Lantern in Lake Forest and The Wooden Nickel in Highwood.

In 2009, McCoy told a reporter her health and the economy were behind the decision to close.

Several restaurants moved in after that, and most recently the Loverly Cottage boutique, which was in the process of moving to a new location at the time of the fire. But nothing had McCormick’s staying power.