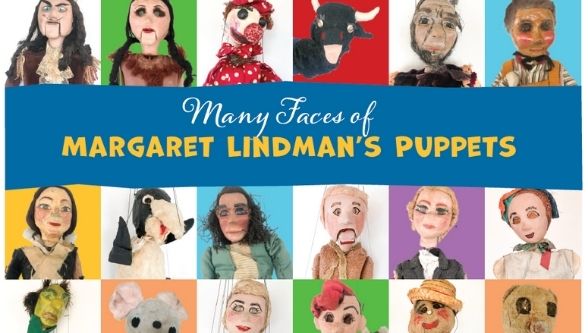 Puppetry is one of the oldest types of performance art in America, and Lake Bluff History Museum is proud to offer an exhibit called “Puppetry Magic” in 2022. This child-friendly exhibit features dozens of restored marionettes and hand puppets from the 1950s and ’60s that were created by Lake Bluff resident Margaret Lindman with her husband Richard and her sister Mary Griffith.

The Lindman Marionettes rode a wave of popularity in the Chicago area during the mid-20th century. Beginning in the 1950s, the Lindmans and Griffith created hundreds of puppets and theater sets, from carving to painting to sewing to adding strings, often in Margaret and Richard’s garage. The troupe included puppets of all shapes, sizes and operating-system mechanics.

Margaret was a lifelong educator who used the puppets to tell stories and teach, performing in venues including the Murray Theater at Ravinia in Highland Park and Chicago’s Museum of Science & Industry. She gained a broader audience in the early 1960s by hosting a weekly television show called “Just Imagine” on WTTW.

She started her career teaching preschool at the Lake Bluff Children’s Home, then went on to teach third grade at pubic elementary schools in Mt. Prospect and Lake Bluff. After earning her Ph.D, she was a professor or education at Northeastern Illinois University.

In 2019 Northeastern donated the Lindman Marionette Troupe to Lake Bluff History Museum, which harnessed the power of its own volunteer human troupe to restore the marionettes and hand puppets and bring them back to life.

Stop by Lake Bluff History Museum at 127 E. Scranton Avenue and see for yourself! We’re open Monday-Thursday from 1 to 4 pm and on Friday and Saturday from 10 am to 1 pm.